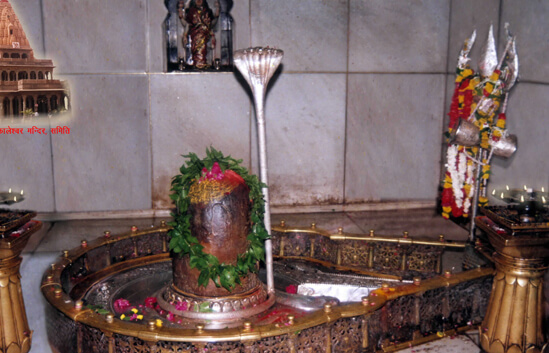 Mahakaleshawar jyotirlinga is one of the famous Hindu temples among 12 jyotirlingas, shrine which is said to be the most divine place of Lord Shiva. and it is dedicated to Lord Shiva. It is located in Ujjain, Madhya Pradesh. The temple is situated in the near of Rudra Sagar Lake.

Lord Shiva is in the lingam form, is believed to be swayambhu(self-existing). The idol of the lord shiva is also called as dakshinamurti because temple besides on head of south. It is believed that Lord Shiva resides in Lingam as Mahakal and whoever worship there, he can get rid of his illness and trouble.

The present structure was built by Peshwa Baji Rao in 1736 AD.  On every Monday of Shrawan month, up to the dark night Amavasya, the procession of the Lord Shiva Mahakal passes through the streets of Ujjain and lakhs of people attend this sawari. You can visit here for all season but if you don’t want to miss the view of sawari then you can must visit in the month of “SAWAN”. The temple is open from 4 am to 11 pm.

In ancient time, the Ujjain city was called AVANTIKA and was famous for its beauty and its status as a place of devotee people.The place you can visit in Ujjain is RAM GHAT, KAL BAHIRAV TEMPLE, ISCKON UJJAIN and many more view that will memorize your trip.